Halloween is my favorite holiday, and I always thought seeing Depeche Mode live on that day would be the coolest Halloween party, ever. Double the reason to dress up, plus the best music in the world? Yes, please! A DM show has coincided with the holiday just a few times in their career, but what if DM were playing a special set just for the freaks and geeks come out to play? What would the grittiest, creepiest DM set sound like? If I had my way, it’d go something like this…

The eerie “Enjoy the Silence” B-side, “Memphisto,” would provide the band’s signature instrumental intro. The lurching, shambling sirens of “Dead of Night” would kick in as the band takes command of the stage. Who knew the metaphorical sounds of zombies would sound so good? Digging further into the grit, “The Sinner in Me” keeps everyone moving, while thoughts of their own inner bogeyman at linger in back of their heads. The creeping, footstep-like percussion intro and driving beat of “Barrel of a Gun” leads them out of the maze of their own thoughts, feet tapping, bodies swaying. An etherial atmosphere sets in when “The Darkest Star (Holden Remix)” picks up the tempo, making way for “Sea of Sin (Sensoria Mix)” to shift the dancing into high gear. When the dulcet tones of “Halo” grace the ears of the audience, they have lost all fear, for the music is all that truly goes bump in the night. The echo of “Ghost” opens the door for happy haunting, and werewolves are welcomed. The urgent strains of “Corrupt” may tip the scales, vampires rejoice. Though dark and droning, “Nothing’s Impossible” tells them that all is not lost, and the acute layers in “Black Celebration” lift the spirits through reflection and solidarity. The ticking percussion and strange horn-like sounds of “Fly on the Windscreen” follow, reflecting sobering (if not, cynical) realty. For Martin’s interlude, “Jezebel” and “Judas” make for a spooky couple. After the wind down, the band would ease into the encore with the jumping and jittering sounds of “Lie to Me.” The twisting sounds of “Rush” give chase to final impact with “Wrong,” leaving the audience feeling energized (if not, a bit rebellious).

Of course the above is just a fun daydream (nightmare?). Just seeing a standard gig with half the audience in costume would amuse me! If Depeche Mode played a special Halloween gig in your city, what would you want them play? 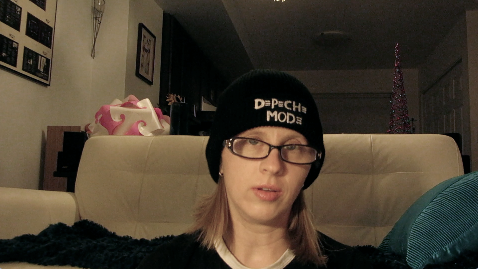