Concerts
September 6, 2009January 18, 2010 Amanda 1 Comment gigs, tour of the universe
Last night, Depeche Mode completed their last North American show in Ft. Lauderdale, Florida. A week has passed since my last show for the Tour of the Universe. What a wild ride this tour has been, spanning two continents, seven cities and many hours in planes, trains and automobiles. There were friends new and old, secrets untold, and experiences to behold. What follows is a summary of my adventure, so some things may be familiar.

The come-down was harsh at first. I spent the better part of the day or two after carrying an unshakable bittersweet sadness. I was grateful for and amazed by the memories I wouldn’t trade for the world, but sad knowing it had come to an end. Dangerous, the way it leaves one wanting more. 😉 I’ve even investigated whether I could afford going to London next year, after my vacation resets. I could, if only just, but it would not be pragmatic. It’s a very good thing I don’t have any credit cards, let’s just say that right now. Hah!

The Tour has been full of amazing highs and lows. First, there were those nail-biting days of May, spent concerned about not only our shows around the corner, but more importantly the health and well-being of Dave. Hearing his warm croons float through the air during the soundcheck in Leipzig seemed to melt all our worries away. Welcoming the band back from yet another brink of uncertainty, we reveled in the presence of some of the best musicians and performers of our time, as well as our friends and fellows in the crowd. The Battle for Front of Stage was intense, but the European crowds were more so. From the moment “DM” scrolled across the sphere to the last wave goodbye at every show, there was dancing, singing, chanting and collectivity the likes of which I hadn’t experienced before. Old songs thrilled and tender moments chilled. Though I was ill during the days in Berlin, Frankfurt and Munich, for two hours each night it didn’t matter that my legs were not fully responding to my desire to jump and dance. It didn’t matter that singing my heart out made me cough on the contents from my sinuses. In fact, if it weren’t for the cough and wobbly knees, my adrenaline was pumping so strongly I would have forgotten I was sick at all (there were times when I did).

When Dave tore a calf muscle in Bilbao, then strained his vocals in Seattle, more shows were cancelled. Emotions ran high and threads on fan forums turned into war zones yet again. I am not ashamed to say I partook in some of those battles, because I felt it was only right to stand up for what I believed in, and I believe in David Gahan and Depeche Mode. I believe not only in their creativity and their artistry, but in their humanity foremost. How anyone could consider themselves a fan of an artist and yet put their own sense of entitlement before the health of said artist is beyond me. Have some empathy – a little kindness goes a long way.

After a week of misfortune, the experience in Vegas was that much sweeter. My “hometown” gig, San Francisco, was cancelled, my office was robbed and my iPhone and wallet stolen only days before I was due to fly out. Though the day of the show was wrought with frazzled nerves and queuing Hell, it turned out to be my most personally memorable show this tour. We were sung to and blown kisses in Leipzig, and it was something special to welcome Dave and the band back. Berlin was epic and electrifying. But Vegas was the night when practically anything a fan could reasonably want in a concert experience happened, short of an aftershow pass or hanging with the band at a pub. I had front row without having to pay a broker. I was teased and sang to (I’m not the one curdling blood with my screams, for the record, but I am screaming and those are my braceleted hands). Furthermore, I was given Dave’s setlist – I’ll never see honey the same way again after all the horrible innuendo that followed. Additionally, I met and chatted with numerous fan friends I’d been wanting to meet. To top it all off, by a stroke of luck, I met Mr. Martin L. Gore at the Palms. The priceless moment was his reaction when I handed over the packets that contained the fanbooks, with a Sounds of the Universe-inspired artprint on top. The genuine grace with which he thanked me for them once I explained was touching. Perhaps it’s melodramatic of me, but as an artist it’s amazing to be able to return feelings in the form of art to someone who inspires you; to have that recognized, even if it’s only the tiniest sliver compared to the bigger picture. Additionally, knowing the books went from my hands to a band member’s is the best way I could hope to ensure all the guys would get their copies (I gave Martin Dave and Andy’s copies, too).

From there, my last two shows were entirely about sharing the best of times with the best of folks. I was welcomed like an old friend. We had an amazing tailgate with a great turnout of BONG Mailing List subscribers. Red Rocks was a beautiful venue, and despite the drunk/stoned crowd, it proved to be a great show. Due to the kindness of a fellow DMMB member, I was able to purchase 3rd row tickets at face value, which made for a night my friend and hostess would never forget after years of missing DM tours due to circumstances. The intimacy and the “bug/frog incident” made for a unique and memorable 10th DM show, ever. Yes, that’s why I was wearing a tiara.

Dallas then, provided a chance to share the love with DM concert virgins and my fellow Homies across the world as I relayed the setlist and atmosphere live through text message. After the show, we partied into the morning hours, enjoying our last bit of time together for a while. Though my heart wrenched as my journey came to an end, I’ve since reflected on all the amazing things I saw, the people I met and the laughs I had. It’s these feelings I choose to hold on to as I move into the future, looking forward to three years time when I hope to do it all over again. Thank you, Depeche Mode, for all the wonderful memories, good friends and new experiences. May the rest of the tour be blessed and may your hearts be happy. 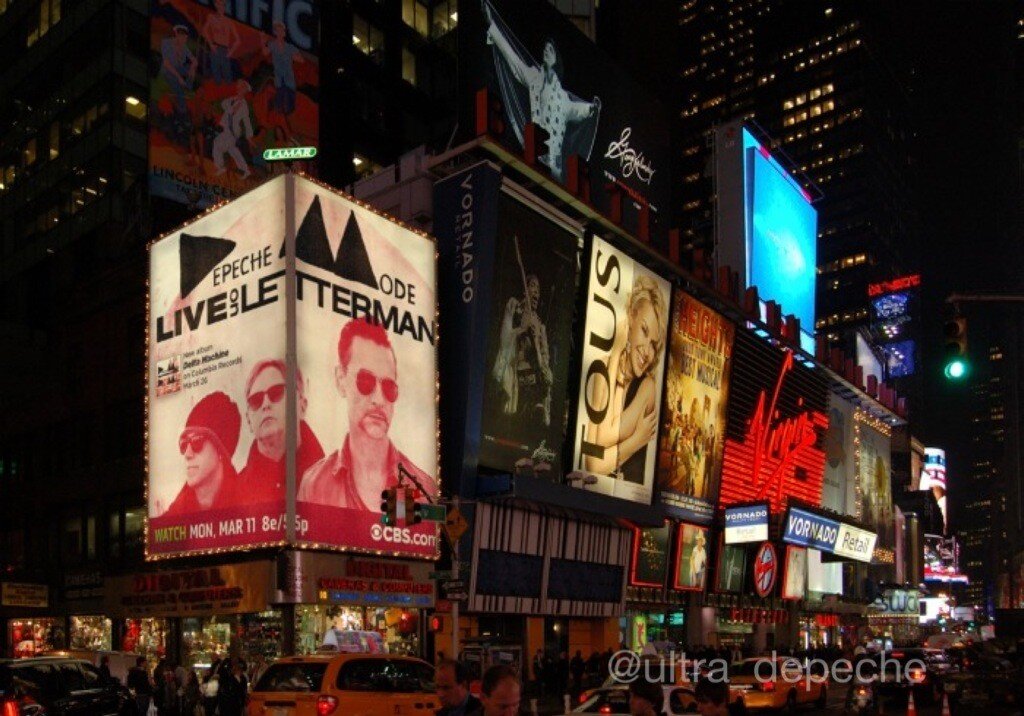